Last week, we talked about the question of connecting with God. We considered different ways that people try to connect with God.

This week, we’re going to see how the Resurrection paves the way for us to connect with God.   Christians believe it is the way to connect with God: we die a spiritual and physical death and Jesus resurrects us spiritually and physically, just as he was resurrected.  In a very real sense, then, the entire story we have considered in the book of Mark hinges on the Resurrection. If Jesus was simply another man and died like everyone else, then He can’t help us deal with our ultimate enemy of death that comes as a result of our sin. If he was both God and man, then it is possible that He conquered the enemy of death and that it has no hold over Him and won’t have any hold for all those who are in Christ. But it all boils down to this: did the Resurrection happen?  That’s the million dollar question.

To determine whether the Resurrection happened, Let’s begin by assessing the credibility of Mark’s account. Mark tells us that the first people to the tomb were women.  About thirty-six hours after watching Jesus die, a group of women return to the tomb to anoint the body. They weren’t quite certain how they would be able to get to His body because a huge stone had been laid across the entrance to the tomb. Yet, in Mark 16, the women are subjected to three shocks of escalating intensity.

The first shock comes in Mark 16:4, “But when they looked up, they saw that the stone, which was very large, had been rolled away.” In the original Greek, this phrase literally means “hurled out.” There is no need for them to worry about the stone because divine power has hurled the stone away.

Then comes the second shock–an angel. “As they entered the tomb, they saw a young man dressed in a white robe sitting on the right side, and they were alarmed” (Mark 16:5). The man (which Matthew 28:2 confirms is an angel) affirms the reality of what is happening in verse 6: “Don’t be alarmed,” he said. “You are looking for Jesus the Nazarene, who was crucified.”  Basically, the angel says, “Jesus was buried here; you don’t have the wrong address. He’s just not here anymore.”

The third shock is the one that changed the women’s lives forever. The young man in the empty tomb tells them the reason Jesus’ body is not there is because, “He has risen!” (Mark 16:6).  Divine power has not only flung the stone away – it has also raised a body to life. Something supernatural has happened. The tomb was empty because Jesus isn’t dead anymore. He is alive. So, how do the women react to this staggering news? “Trembling and bewildered, the women went out and fled from the tomb. They said nothing to anyone, because they were afraid” (Mark 16:8). So that’s it.  That is the testimony Mark recorded from the eyewitnesses of the Resurrection. Now we must ask, “Is this account credible? Is the evidence for the Resurrection compelling?”

Let’s consider a few of the tests used in a court of law to  examine the strength of eyewitness testimony:

Is an eyewitness covering up something by not telling parts of the story? If an eyewitness covers up certain things, then her testimony loses credibility, but if the eyewitness shares information that could be seen as damaging to the case, then her testimony gains credibility. In Mark 16, the eyewitnesses are certainly forthcoming with information that would seem damaging to their case. To begin with, Mark presents trembling, forgetful women as his evidence of the Resurrection.   Earlier in the story written by Mark, Jesus has repeatedly told them that he is going to be killed and will rise again three days later, but the women seem to have completely forgotten.

Either way, Mark has shared some information that no one would have included if you were making up a story on the Resurrection.   And he’s not done yet. He goes on to say the women left trembling and told nobody out of fear—not exactly the best way to get the word out on a new movement.

Why would Mark include these seemingly embarrassing details for a movement that was built on the Resurrection? The .  In the first century when Mark was writing, women weren’t allowed to testify in a court of law. Their testimony was inadmissible. If Mark was going to make a story up to persuade other people, then he wouldn’t have had women play this part. He would have had the most credible men in the community play the lead role as the first eyewitnesses of the Resurrection—not a bunch of women whose testimony wasn’t even valid.

Another important test in determining the strength and reliability of eyewitness evidence is the bias test. Without question, most of the eyewitnesses to the Resurrection (though certainly not all) were followers of Christ who loved him deeply. Does their bias invalidate their testimony?

To begin with, remember the only thing they had to gain in championing the Resurrection was their own death. Every single disciple (save John, who was exiled) was brutally murdered…for believing in and supporting the Resurrection. As Blaise Pascal says, “I believe those witnesses that get their throats cut.” Therefore, with the death penalty on the line (the most powerful incentive to come clean imaginable!), there is simply no way to reasonably believe that a multi-party conspiracy theory with over 500 witnesses would have held together if they were all trying to fabricate a sighting of the Resurrection (that really didn’t happen). Besides, multi-party conspiracy theories don’t hold up.  One, or most likely all, would have caved and admitted it was a hoax, but, to the contrary, they all went to their graves asserting the truth of the Resurrection.

Corroborating evidence is evidence that strengthens or adds to already existing evidence. The strength of the evidence presented by the eyewitnesses in Mark is corroborated, or strengthened, by the sheer number of eyewitnesses. The Gospels alone tell us of 10 separate instances where Jesus is seen after His death, at different times and in different places, to different people.

In 1 Corinthians 15:6, Paul describes a scene where oer five hundred people saw Jesus at one time, most of whom were still living when Paul was writing. So Paul was saying to his readers, “If you don’t believe me, go and talk to the eyewitnesses. I’ve checked myself and more than 250 of them are still alive and will confirm the truth of what I’m saying.”    In a court of law, this would have been an open and shut case. Any attorney who could trot out over 250 eyewitnesses all saying they saw the same thing would be a slam dunk.

Due in large part to the strength of the eyewitness evidence, Christianity spread like wildfire in the first few centuries. It went from 12 men following Jesus to roughly 40 million Christians by 300 AD. Why such explosive growth? Because people went and asked the eyewitnesses and they all confirmed it. “I saw Him. It is true.” Because of the strength of the corroborating evidence, among other things, the Resurrection exploded.

Rodney Starks, a sociologist, notes the remarkable growth numerically in the numbers of Christians in the first 4 centuries in his book called The Rise of Christianity. According to Starks, Christianity went from a group of 12 disciples to over 33 million people and 56% of the Roman Empire by the year 350 A.D. From a sociological perspective, this is stunning growth.

As a skeptic, one way to explain this is to say, “Well, in the ancient world, people were simpler and more open to supernatural things (like a Resurrection) because they didn’t think as scientifically as we do now.” C.S. Lewis, as an atheist, thought this way until he realized his own chronological snobbery, a term he used to describe his  thinking that people of a previous age were by necessity less sophisticated in their thinking. In fact, N.T. Wright rightly points out that the people of the first century were actually more intellectually set against the Resurrection than people of the modern era, primarily because of two prevailing belief systems:

(2) Greeks and Romans thought the body was bad, meaning that a physical resurrection would be a bad thing.

Therefore, what is so remarkable about the rapid growth of Christianity from a sociological perspective is that this unprecedented growth happened in an intellectual climate that had no possibility for a physical resurrection. According to Starks and N.T. Wright, the only logical sociological explanation is because the eyewitness evidence was convincing beyond a reasonable doubt.

Still, often times the most compelling evidence is how the Resurrected Jesus is continually transforming lives. Over a billion people could give evidence for how a living person named Jesus Christ is solely responsible for the transformation they are experiencing in their lives.

While we are only scratching the surface of the evidence for the resurrection, what we have considered stands up to legal scrutiny and provides a compelling case for the Resurrection of Jesus Christ. And, here is the great news as expressed in John 11: 25-26: “I am the resurrection and the life. He who believes in Me will live, even though he dies; and whoever lives and believes in Me will never die.” And I Corinthians 15:20 says, “Christ has indeed been raised from the dead, the firstfruits of those who have fallen asleep. For since death came through a man, the resurrection of the dead comes also through a man.” He was just the firstfruit of the Resurrection. If you trust in Him, He will resurrect you, as well. Death will no longer have the last word. 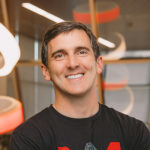